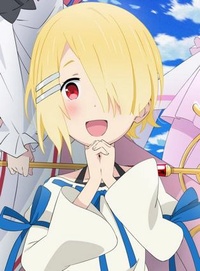 Some people on this earth just have too much Ryo to spend, a tiny few having more than they could ever spend in their lifetimes, and there's no denying it. Most would reconsider hiring the Shinobi of Nikkousato for more than they needed. Simple jobs could be given to one or two of the newly graduated for a fraction of what a squad would cost. Still, this didn't stop Ito Jomei from insisting that his mission could not be handled by one Genin alone. Even though on the surface it was simply to deliver a scroll to a young woman by the name of Gyo Shin that lived across the village; not even forcing the Genin to brave the wilderness that lay beyond.

When the advisors attempted to ask why the scroll needed such heavy protection, he would adamantly refuse to give any explanation claiming it would be against his rights to disclose such privy information. He was a noble who had the payment to cover the extra charges that'd come with the higher rank, and so they decided to post the mission for a squad to take up. So, that is how the task fell into Seijun's hands, who as her eyes were roaming the listings seeking out a suitable mission to lay the ground for her first work ever as a Genin; noticed what seemed like such an easy picking. However, if her time at the academy had taught her anything, it was to never let your guard down. She would treat this with the same discretion and focus that she would have taken guarding the noble from assassins if it came down to it.

By the time that Seijun had taken her part in applying for the mission it would be mid-afternoon when she arrived at the noble's house. Its sandstone walls were cast in shade and various plants decorated its ornately engraved structures. The blue sky was clear save for a a couple of cloudy tendrils drifting lazily across its surface doing little to block the sun's rays. The young Yamanaka comes to a stop outside of the abode on the street. She could sense the way someone lingered on the other side of the door right against its surface as far as she could hazard. No matter how eager or nervous Jomei was awaiting word that his scroll would be delivered, Seijun knew that she wouldn't be departing on her quest alone. So, she turns and looks both ways down the road, rooted in place to wait patiently for the rest of the temporary squad to congregate.

In her head she busily tries to walk through the route they'll be taking to get to the woman's house. She tried to think ahead to plan a path that would keep them away from the busy streets; just in case he was fearful of someone intercepting them along the way. Now, part of her doubted that she would take to leading the squad as that would likely end up on someone who's senior's shoulders, but it was good practice that she'd be able to refine further later on when it comes to being prepared.
WC: 527
Sakuragi Kokoro 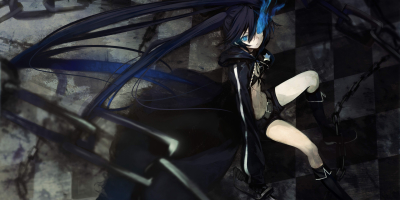 Kokoro jumped out of her chair in the kitchen of the Inukura estate sleepily, her hands grabbing and putting three onigiri inside her pocket. She was tasked with a mission and she was tired. But she had already agreed beforehand, and was not one to go back on her word. She made her way back to her room, throwing on a black trench coat and grabbing her wakizashi before heading out of the house. Of course she didn't see anyone, having not seen any of her family for a very long time. Kokoro was starting to think she was just a boarder in her own house.

She made her way slowly down the streets of Nikkousato, her blue eyes taking in the bright and unforgiving sun's rays. At least she could wake up now, as she continued down the busy streets. Kokoro wasn't even sure where she was going, to be very honest, having not heard where the meeting plae for this mission was. Perhaps she had been told when she signed up for it but had conveniently forgotten and now she merely walked aimlessly, as though hoping someone would point her in the right direction. The girl would turn right, off of the main street, heading towards one of the side streets leading to a residential area.

It always intrigued her how different places felt or looked depending on where she was. The main streets of the village always gave off that desert feel, with sandy grounds mixed with the humid area. But the residential areas were a little more breathable, so to speak. The Inukura never really came down to these parts, having absolutely no purpose to before, so it was a nice change of pace. Her eyes wandered down the streets before resting softly on a person. She was too far away from that person to see anything but blonde hair but she decided to take a closer look. It would be funny if this person was her partner for the mission, making her search that much easier. As she closed the distance, she would call out to the stranger. "Hey..." her voice was a little coarse, not used to speaking out like this.

Seijun's brows continue to knit in thought, but it doesn't take long for her to notice something end up out of place. She turns her head to look down the path, spotting Kokoro a little ways before she would be called out to. The Yamanaka girl greets her with a smile that's warm, and lifts her hand to wave at her. "Hello! If you're here to meet up for the mission, then I think you're right on time!" She takes another look around and observes, "I haven't noticed anyone else heading this way yet, so it's probably just going to be us." Though she sounds comfortable with speaking, her voice is still soft-spoken in nature. She dips into a polite bow and introduces herself, "My name is Yamanaka Seijun. This will be the first mission I've taken, so, my apologies if I don't..."

Her words trail off, struggling to find the way she wants to phrase it. "If I'm not the most opportune partner to have! Still, from everything that was written, this shouldn't be -too- terrible, right?" Her voice lifted on a hopeful note, and when she straightens up she gestures to the house. "This is where we are to pick up the scroll. So, let's?" She turns to make her way, hopefully with Kokoro in tow, to knock on the door. Just as she had anticipated, she barely has to let her knuckles tap against the wood before the sliding door whizzes by revealing a young man in his mid-twenties. "Oh, good! You're here!" He squints down at the pair inspecting them briefly and a brief frown of disappointment crosses his features. "I was hoping you would both be...bigger. Ah, well. You're both Shinobi, right?" Seijun would nod her head, "That's right sir! And we're here to help. You needed a scroll delivered?" He still seems skeptical, but he turns to withdraw a tightly bound scroll held closed by a silken red ribbon.

"Yes. And it is imperative that the lady, and only the lady of the house is to receive this. Is that understood?" He would practically shove it off into Seijun's hands and warn the pair, "If it doesn't, then I'll refuse to pay and demand compensation from the village once more." He twists his lips in an effort to sternly intimidate the pair, however it comes off as more indignant than anything else. It is enough to make Seijun tense up and clutch the scroll tighter. "U-Um...of course, sir. That shouldn't be a problem...r-right?" Seijun's eyes drift side-long to Kokoro for reassurance, but these words seem just enough to sooth the man. "Alright then. And don't get any funny ideas about opening it up and taking any peeks. There's a wax seal, so we will know if it's been tampered with.."
WC: 466
Sakuragi Kokoro

The girl Kokoro laid eyes on would turn out just as she had expected, talkative and somewhat bubbly. The Inukura would return a smile, as warmly as her face allowed, before listening to her introduce herself. Yamanaka...she had heard of their clan from somewhere, although from where she couldn't quite remember. Kokoro knew nothing about the other clans in the village. To be fair, she knew nothing about her own clan, relying solely on her brother for any information and assistance whenever necessary. It wasn't that she was uninterested, simply not open enough to go and ask people about their clans. She was an introvert and preferred to not make friends. She heard Seijun mention that this was her first mission and her face softened. Kokoro remembered her first mission well, when she was tasked with a samurai looking man, and how nervous she had been throughout the entire ordeal. To that she could empathize and decided to soften just a little towards the blonde haired girl.

"Sakuragi Kokoro. And no worries, we all started somewhere." she would give the girl a genuine smile this time.

They would be given the scroll at the doorstep, by a man she would have enjoyed poking with her weapons. Something about him didn't sit well with her, and it was probably because he doubted them just because they were small and female. Kokoro would keep her mouth shut, allowing her partner to do all the talking. She was sure that whatever she had to say wouldn't come out pleasant, so she opted to be silent, her aqua eyes speaking volumes as she glared at the man. When he half shoved the scroll to her partner, she would turn on her heel, never speaking a word to the man. Kokoro only wanted to get this mission finished, simply because she hated having to work for unappreciative people. The duo would walk down the street, heading to their destination in silence.