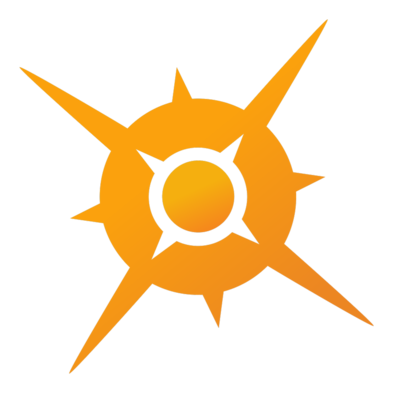 The Past
The Village hidden under the Sun was founded by one of two brothers, Homura, son of Higoru. Unlike his brother, who was calm and easy going, Homura was a strict man, he believed in honor, tradition and discipline. He was a man of strength, and valued hard work over the simple pleasures of life. He and his brother did not see eye to eye on what it meant to be a leader, or what the proper way to rule was. This was a problem, as their father had left them the village he led. Due to the legendary beast, the village had to flee, and both brothers guided them into the wilderness in search of a new home. However it was soon apparent that the brothers could not get along, and had issues ruling together. So it was decided, each brother would split the village, one would go east and the other west. They would remain allies, but create two separate villages in which they could rule their own way. So Homura traveled west, and eventually landed up in the far desert on the coast. Here he established Nikkousato, and quickly went to building his new home. While life was rough in the desert, the village flourished, and the member who called the sun village lived in peace. Homura was a strong, brave and caring leader, who always put his people first. It did not take long to see that the sun village was going to be successful. Homura would soon marry, and have children of his own, a son and a daughter. As he ruled, he also made sure to raise his children properly, instilling within them values and traditions that he believed in, raising them and conditioning them to one day take the mantle.

Hasmin was the son, and oldest of Homura's two children, with Meelana, his daughter, being born two years later. They had a healthy relationship with each other, growing up together under their fathers guidance. Hasmin was the stronger of the two, but was considered by most to be rash and simple minded, acting out of emotion rather than logic. Meelana however was very smart, and analyzed everything. She was a problem solver and proved to be very competent both in battle and as a leader. Soon it came time for Homura to step down and decide on a new leader for the village, the Second Nikkoukage. Meelana was convinced ti was going to be her, even though the odds were stacked against her. It was tradition for the first born to inherit their fathers titles, and after all Hasmin was the bigger, stronger one. But everyone knew that the village would have been in better hands if the daughter had taken over. Her wisdom and problem solving would have launched the village to new heights, but in the end tradition won out. Hasmin was chosen for his strength and courage, at least that was what was said at the induction ceremony. Meelana knew it was because he was the boy, and the first born. She did not let this ruin her relationship with her brother though, and instead took the position of head advisor, standing by her brothers side and guiding him through the world of politics. It was bumpy, and not easy, but together they managed to rule over the village, and caused it to grow. Nikkousato knew peace for the several years in which the duo ruled, with Hasmin as the sturdy arm of force and Meelana the patient mind of peace. Hasmin had one child of his own, a young girl, and Meelana never had any kids, in fact she never even married.

As Hasmin raised his daughter Masuoko, Meelana grew very sick, coming down with a sickness that could not quite be identified. In a matter of just a few years, the daughter of the first Nikkoukage found herself on her death bed, with no cure for whatever it was she had. Hasmin grew distraught, he allowed his sisters sickness to take a hold of his mental state. Eventually she passed away, which drove her brother mad. He lost all sense of reason and secluded himself from the rest of the world. He was unable to handle his sisters death, and soon fell into despair. He stayed in his room all day, drank all night and slept instead of ruled. The village began to pay, as the council was unable to lead without proper direction, people mourned the loss of both of their valued leader, and while the village began to fall into disary, the council knew something needed to be done.

Soon Masuoko came of age, and while she was still young, the village respected her, and knew she had the teachings of both her father and her aunt. She soon took the mantle of Nikkoukage, becoming the third in the villages history. How ever she was not like her father, and lacked the leadership qualities it took to run the village properly. People were happy at first, excited that the bloodline continued through this girl, but eventually realized that she was not what they needed. She was nervous, afraid to face conflict, sucked at international relations and was a push over. This allowed certain members of the council to step in, forcing her hand and allowing things to happen that were not for the benefit of the village. It became apparent that Masuoko was a figure head, while tyrannical corporate leaders ran the village from the shadows. This caused an uproar among the common people, they were tired of failed leaders and worsening conditions, and felt that it was time they chose the kage, instead of the next in line. In a bloody coupe, key members of the village assaulted the council, over threw the government and established their own leader. This caused Masuoko to flee for her life, vanishing from the village. Those who were left agreed to no longer follow the old ways, and allowed the village to choose their own leader in a series of elections, instead of it passing from family member to family member.

The next few years were rough, as the village went without a proper leader or any real direction for several years, as they took time to establish their new government and find a leader. Many elections were held, with platforms being raised, rallies popping up, and dozens of members thinking they had what it took to lead. It eventually came down to Alana however, a respected shinobi who had proven her time in battle, and was currently the head priest for the villages major religion. Already viewed by many as a leader, she was the obvious choice. While her strict ideals and stern teachings left some uneasy, it was a stark comparison to those before her, and many people knew that should had the ability to lead the village into a bright future.

The Present
Alana has led the Sun village through the last few years with rising success, the struggles it has endured seem to have been handled and things have calmed down. The village has established a council for electing and voting in new leaders, with the current Kage making strides to improve the village each and every day. The village itself seems to be growing and prospering, despite being out in the desert. While those who live here have to endure the intense weather, they are happy, and most of them are flourishing. However, even though the village itself seems to be in a good place, tension is growing between the leadership of the Sun and Moon village, and while they remain allies, unrest sits in the air. Many shinobi and politics alike fear that this treaty may soon come to and end.

To make matters worse, the village seems to be suffering from a epidemic at the moment. In the last few months several young children have been going missing, vanishing in thin air with no trace. It started with a few, and now is up to at least one a week, causing fear and panic to spread through the village. There is no leads, and even though the council assures they are on top of it, no progress has been made yet. Some worry that the combination of these kidnappings and the political tension will cause things to spiral out of control, maybe even reverting the village to its old chaotic ways.

The Blaze
The Blaze is the Sun Villages special forces unit and black operations team. While most of what they do, and who they are, is kept a secret, the village is aware of their presence and why they exist. The Blaze is an elite team of highly skilled shinobi with very specific qualifications, and only a very select few shinobi ever make it on to the team. While they are still considered shinobi and Sun villagers, what they do is very specific, and most times classified. All the common people know is that they sit in the shadows and protect the village. Those who bear the title of Shinobi know a little more, and are aware that the Flare do the things that others are unable, or not willing to do. They are considered the blade of the Kage, they go where she cant, and do what she wont. Even though they are shrouded in darkness and mystery, most ninja aspire to make it on this team. They are highly respected, and paid well for their services.

Puppet Corp.
The Puppet corp is a elite and specialized group that exist within the sun village. They vary in rank and skill, but all have one thing in common, they are skilled puppet users. Everyone who is apart of the Corp. has found a way to utilize the puppet string technique and deploys puppets in their skill set in some way. While the group is not exclusive based on rank or skill set, it is a requirement to have some sort of skill with the puppet specialty, as most of the missions and task they are asked to complete can be better preformed with the use of the technique. The group was formed to give the village a unit of shinobi able to handle dangerous and life threatening situations without needing to be there themselves. They excel in environments that are to dangerous to send living people into, and often deal with hazards that others are unable to combat. 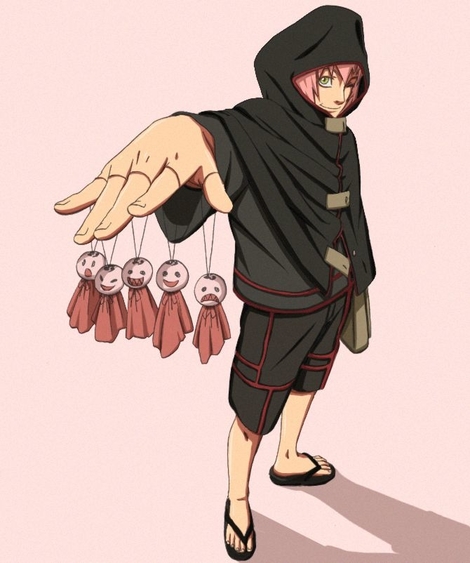