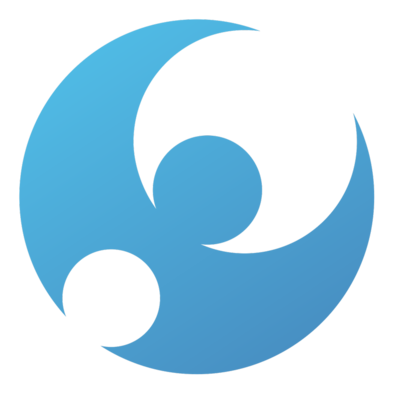 The Past
The village under the moon was founded by Hindeku, one of two sons born to the great Higoru. Hindeku was the more relaxed son, he believed in free will, pleasure and the pursuit of ones own dream. After him and his brother decided to split the village they had been given by their father, he led his followers deep into the eastern jungle, finding refuge on a large mountain top, where they began to rebuild. Hindeku followed the teachings of Lunaris, and as such, so did most of those who decided to follow him into the wilderness. It took several years for them to finally find a suitable place, but they kept pushing forward, putting their trust in their leader. Once they settled, they began to build Gekkousato, the Village under the moon light. Here they prospered, living off of the land, and enjoying the life they had been giving. They built shrines to their gods, statues of both Higoru and Hindeku, as thanks for the second chance these men had given to them. Hindeku was a great leader, was well loved by his people and managed to push the moon village into a new future. As he handled the business portion of establishing a new village, his wife, Lidia, along with his growing son, Hineski, connected with the people. They would often venture around the village, interacting with those who had decided to follow her husband into the unknown. In fact she is just as famous as he is, earning the respect and loyalty of the common folk assisted him in creating a strong and respected village.

As hindeku aged, the mantle of Gekkoukage was formed, and passed on to Hineski, his son. As the Second Gekkoukage, Hineski followed in his fathers foot steps, ensuring that what he had built stayed in tact. Much of the boys political standings mimicked those of his father, which were already sturdy and sound ideals. Eventually the kage's parents passed, and the weight of the new village fell upon his own shoulders. While a brave and honorable man, he was not as good with the people as his parents. He was shy, a little lazy, and enjoyed the relaxation part of their culture a little to much. He never took a wife, and instead used what little free time he had to galavant around the village, taking several girl friends and often getting found unconscious in the local bar. His council eventually had to step in, with most of the villages work and business falling to his advisors. While he remained the face of the village, they did most of the work in the back ground. The people eventually got tired of this, and decided instead of letting descendants take the title of leader, they would begin to vote in new leadership. So while Hineski continued to spoil his time away, the council established a system of electing and voting new leaders into power. The child kage, as they called him, was not pleased with this choice however, and felt that his fathers legacy was being trampled on. In an attempt to fight the decision, the village turned on him, casting him out of the position and electing a new Kage, one of the younger advisors who had started to take over for him.

Garouga, the newly voted in Third Gekkoukage, took a different stance on how things should have been handled. He allowed Hineski to stay in the village, giving him a mansion and a plot of land for him to do whatever with. Garouga was a simple man, but stern, he to believed in the ways of Lunaris and followed his teachings, but felt that for a village to run properly, its leader needed to take a stand. He implemented new laws, added to the structure of the village and even began to draw in more clans and families who had been lost out in the world. It did not take him long to clean up the mess left behind, and managed to build a new council, one with people who he could trust and respect. As the years went on, people soon realized something though, that while Hineski was to relaxed, Garouga was to strict. His laws and rules started to become tyrannical, he imposed high taxes on the people, started to restrict who could come and go from the village, and even began to alienate the very clans he had brought in. Those who did not agree with him were considered criminals, and the villagers started to turn to the council, hoping they could see what he had become. The council felt stuck between a rock and a hard place, Garouga was their friend that they had put into power, but they loved their people also, and wanted to see the village flourish. However, before they had the chance to do something, a young woman known as Seraphina Kaguya stood up against the man. She began to speak at rallies, stand in on political meetings, and voice her opinion on matters.

It took a while for people to see eye to eye with the young girl, as she belonged to the Kaguya clan, which had been made out to be blood thirsty and violent people by Garouga. However she managed to burst barriers, earning the love and respect of the Moon village, and eventually ran against the man for the title of Kage. It was a tough campaign, and came down to the wire. Those who voted to keep Garouga only did so because of their ignorance and fear of the clan, the other side of the village however was ready for change, and knew that this woman would bring just that, even if they did not know what they would look like. In the end, it did not matter however, as the fear people had was stronger than her ideals, and Garouga won out, once again. To punish those who had spoken out against him, the man started to implement stricter laws, created curfews, even blocked travel from the village. The back lash was not good, riots formed in the street, political leaders advocated for impeachment, something needed to change. Then one faithful night, an assassin entered Garouga's chambers, and slit his throat. To this day rumors about the even float around, some believe it was the council taking desperate measures, or a member of the Kaguya eliminating the man who had oppressed them. Either way, the deed had been done, and Seraphina was the obvious choice for his replacement.

The Present
As the Fourth Gekkoukage, Seraphina has done an excellent job of leading. While a stern woman, she has respected the old ways of the village, ensuring everyone has a place in the Moon Village. She is currently the head priest for the Lunali, a religion focused on the teachings and practices of Lunaris, the Night God. For the most part, there has been peace in the village with her induction as Kage. She keeps to herself, but allows the village to run and operate on its own, allowing commerce and business to pour back into the village. She has created a strong council that operate the day to day functions for her. While most of the village loves her, some call her aloof, cold and worry that she will one day live up to the stigma that has been given to both her and her clan.

While peace in the village seems to hold, a string of gruesome murders has recently sprung up. While they started as a single incident here and there, in the recent months, the amount of bodies to turn up has almost tripled, and the villagers are beginning to get scared. With each murder comes a sign, a marking to prove that these deaths are indeed tied together, and the Anbu are now convinced a serial killer has been brought to light. The local police forces and shinobi have been doing their best to discover the culprit, with no success, and some are starting to believe that Seraphina and the upper council are not doing enough. While plenty of statements have been made, there is not enough action, and families are starting to place the blame. To make matters worse, the Gekkoukage is making less and less public appearances, and rumors of uneasy tension with Nikkousato are making their way through the village. Will the alliance with their sister village hold? Who is behind these horrific killings? Has Seraphina become a victim of the past? These are the questions that plague the mind of the Moon Villagers.

The Eclipse
The Eclipse is the Moon Villages special forces unit and black operations team. While most of what they do, and who they are, is kept a secret, the village is aware of their presence and why they exist. The Eclipse is an elite team of highly skilled shinobi with very specific qualifications, and only a very select few shinobi ever make it on to the team. While they are still considered shinobi and Moon villagers, what they do is very specific, and most times classified. All the common people know is that they sit in the shadows and protect the village. Those who bear the title of Shinobi know a little more, and are aware that the Eclipse do the things that others are unable, or not willing to do. They are considered the blade of the Kage, they go where she cant, and do what she wont. Even though they are shrouded in darkness and mystery, most ninja aspire to make it on this team. They are highly respected, and paid well for their services. Summoners Squadron
The Summoners Squadron is a unique group in the moon village, comprised of shinobi with the summoning specialty. While they are not better than any other shinobi and this group is not considered restricted for the elite, it is reserved for those who can summon, and more specifically those who excel in crowd control, natural disaster and area of effect battles. Due to the untamed wilderness and dangerous wild life surrounding the village, this group was formed to help combat the terrain. They also are used for fighting off massive creatures who attempt to invade the village, or are called when a natural disaster occurs, and are good at crisis control. Summoners who join this group are masters of the art, are able to work together not only with their summons, but with their team. They are often deployed into dangerous environments, and are asked to go face to face with some of the worlds most dangerous creatures. 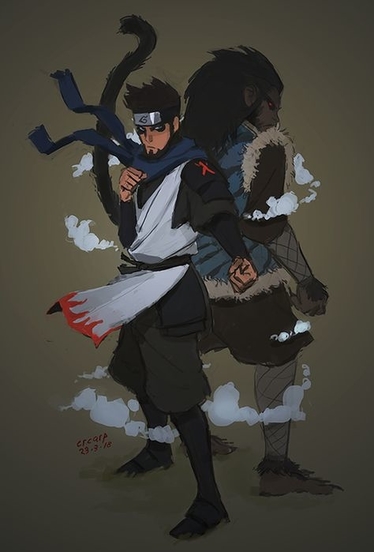