Time for a stroll through the Plaza

Time for a stroll through the Plaza

Karite awoke in the morning to go meet up with her friends. She got dressed quickly into her normal shinobi attire. She did her makeup so that she looked halfway decent. She then threw on her cloak and pulled the hood over her head. She then buttoned up the cloak. She yawned and walked out of her room. "Hey Hitomi! Heading out for some relaxation. See you later!" She said as she walked through the kitchen. Her sister waved her out as Karite walked out the front door. She sighed, hoping to have a relaxing walk through the Moonlight Plaza.

She had reached the Moonlight Plaza fairly quickly, though she was unsure if she would find anything to do. She was sick of people in general, but she had to be around people when walking through this crowded plaza. She wished she could hide away from people and not have to care about the stares and hatred of her. She sighed as she shook her head. Her gloved hand up to her face as she shook it. She looked around, trying to figure out where she would go. 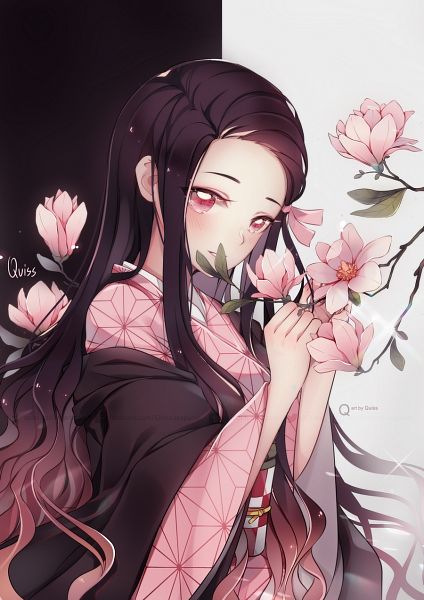 It has been years since her tragedy and her vigilance had paid off ten fold, not only finally escaping the dreaded medical facility, full of the aroma of depression and broken tears, she had also finally graduated from the academy, being awarded her genin status. The devilish vixen had been staying to herself, honing her abilities as a polished weaponsmith strikes the red hot weapon as it is being forged. Misuki had a long time to realize her dream. In the midst of her minimalist life style, one item of note was her pull up bar in which peaking through a window, one could see the bare vixen with waterfalls of sweat dripping down her exquisite physique. The raindrops would roll down her muscles and scars before making small stains along her hardwood floor. As she came to her conclusion, Misuki relaxed her grip and hopped down wiping the moisture from her brow and letting out a contented sigh before turning to her window to see the time outside.

She watched over the village, living on a higher floor for her own protection. It's not as if Oni were anyone's allies and she did not fancy spilling blood each day. She took a deep intake of the cool air, her mind at ease from the smell of medicine and blood. The windows to her soul shut for a brief moment as she took this time to soak in her surroundings, despite being bare in the window. Yet, she did not care for such things as peekers, she was simply focused on a singular task. The chuunin exams. All of her training would lead to that point, and she'd be one step closer to her dreams. It seemed as if it was still early in the day with Solaris' eye high in the sky as her eyes reopened, she let out a faint hiss and taunted at the sky.

"Must you shine your light on me every morning?"

She'd let out a much more annoyed exhale and come to the realization she hasn't been seen in public for months, despite being out of the hospital for quite some time. She also figured, she was running out of groceries since she lived so minimalist. Her excuses mentally ran dry and she conceited that she must leave sometime and decided, if she left in the morning she could at least get back to her room in relative safety and swiftness. Not many are so foolish to attempt to attack or bother an Oni in daylight. And those who knew who she was moreso. Misuki would bathe and begin her day, placing better clothes on and locking everything on her way out before taking her stroll within the Moonlit Plaza.

She kept an elegant stride and would put most empress' to shame with how easily she floated along the ground in public. As if skating on ice, Misuki's grace was a sight to behold. Many who would see her would take a couple of glances, contemplating their chances before seeing her ivory horn in plain view. Their enticement, replaced by sneering and haughty or aggressive gestures. She would simply flick her hair back and pay no mind to the fickle men and envious women who could not understand the bittersweet beauty that was being an Oni. Misuki heard about the Moonlit Plaza but she never quite been around such a sense amount of people for so long or in such an area. Stories about their nightlife pulse was intruiging, but moreso was that they would even be busy during the day time. She would stroll through, losing track of what she originally intended, listening to the dull echo of white noise that this city had all to itself. It was both interesting but distracting, as before she knew it, Misuki found herself in a small park within the center of the plaza where trees could be seen with heavenly flora. Misuki decided to allow her finesse fueled steps take her there, finding a particular tree she was quite fond of the smell of their flowers. Examining them and taking in their scent. The aroma dancing with her senses all she could do was sigh and think of Kanon.

My kin, I miss you so.
[OOC: She still has a white horn on her forehead. Do not mind the picture!]
Zap Fosho

Out of the corner of her eye, Karite noticed the woman walking down the street. She was disgusted at how gracefully she walked. She sighed, thinking that she was nothing but a snob, thinking that her beauty exceeded others. Then she noticed something off. The people around her were giving her looks of anger and disgust. Those were looks normally given to her so she didn't understand why the people would give her such looks. Then she noticed the horn that appeared out of her head. She began to understand why the people looked down on her. She was being treated the same way as Karite always was. People fear what is different. She sighed and walked up to the beautiful Oni. She was nervous but she was hoping that the girl would at least be friends with her. She got close and smiled nervously. "Hello there. I'm Karite. I noticed how everyone was looking at you and figured since I usually get similar looks that I would say hello." She giggled nervously, hoping that worked as an ice breaker and that she wasn't just going to get stared at like most shinobi tend to when they see her.

As if someone just barged into her home, Misuki was snapped out of the faint aroma that reminded her of her Oni kin and she allowed the flower to trail off of her claws. The silence between Karite's words and the white noise of the hussle and bustle was deafening for several seconds, before the pale vixen peered over her shoulder. She was greeted by a woman who's starless locks eclipsed her own, given her scarlet strands. The woman named Karite was 'shapely' to say the least, with violet orbs complimenting the young woman's pale skin. She then eyed the necklace around her throat and grimmaced a bit.

'A cultist? Or just someone who thinks I'm a demon.'

She thought to herself but stayed quiet, as the jewel embedded within the necklace was quite nice. She let out a small sigh through her nose as she turned back to the plant, taking another whiff of the flower before twirling on her heel, her regal air and delicate movements were shrewd and captivating before cocking a look to her. Her scarlet orbs tracing the woman's face, almost ignoring what the woman initially stated.

"Do you find what you're looking for amongst demons and the dead?"

Her words sang to the tune of a dove's melody. Exquisite was it was wicked. She didn't bare her fangs, but she didn't hide her Oni allure. On lookers began watching the two, but only in passing. She did know the woman's origins and simply drank her form in, one who would parade their own accursed emblem so proudly was someone who wanted some form of attention she thought, and a pentagram no doubt. Misuki would suss the woman's true motives, as she wasn't used to any non-Oni approaching her in such a fashion, let alone in the morn. At this juncture, Misuki was focused on the woman, policing her queenly posture, but never allowing her aegis relax. She kept her arms to her side, out stretching her claws a bit as she imagined the scarlet elixir of the woman's throat inbetween her own fingertips. But it was too early for that, she would see if the woman had ire for the young Oni, or worship. Either way, she'd ready herself for the worst, gazing into the woman's eyes with a determined glint in her iris.
Zap Fosho

She looked at the oni woman, slightly confused. "What do you mean? I do not go searching for demons. My clan is one with great relations to the shinigami. We are known for our rituals for respecting the dead. I respect my clan and our followings. I may be a necromancer, but that doesn't mean I work with demons. I am one with the dead. My clan fused my very essence with a wraith. I am living dead." She sighed and bit her lip, trying to control her emotions. "I came to you cause I thought you knew what it was like to be shunned and hated by the village. Questioned by people you are supposed to care about. I guess I was wrong. I guess I'm the only one who feels the pain of being hated." She looked down, allowing the hood to cover her eyes. The tears began to form in them. "I will leave you alone." She sighed and went to pivot her foot.