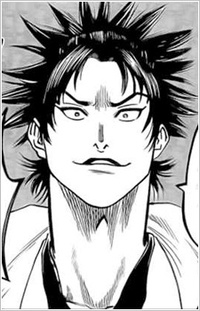 Name: Rescue the Animal
Rank: D-Rank
Participants: Moon Village, Sun Village, Missing Ninja
Type: Solo Mission
Reward: 10 EXP
Location: Within a village
Details: A local villager has lost their pet. Their precious Snowball, Spike or Mr. Snuffles has run off, and it is your job to find and obtain the missing animal. Be prepared though; the animal may not want to be returned!
Requirements: Your post must be at least 400 words.

Of all the pointless tasks he had recieved of late, this had taken the cake. Anubis had just left the home of the owner of the missing pet to get a decent description of the animal. The owner, a middle-aged man with a glasses the size of dinner plates, had allowed his cat to get loose. Now it came to hiring a shinobi to help him find it, the thought annoyed Anubis so much that it made his headache. "This is the task for a damn dog catcher," he grumbled," Or cat catcher, in this case." He navigated through the village to the last known spot that the cat had been seen and started his search from there. He inquired with those nearby if they had laid eyes upon the feline, to which he got a mixed review of answers. Some hadn't seen the cat, some thought they may have, and others simply wondered why a man of his stature was actually looking for a stupid cat.

After his line of questioning, and his switch punch to one unlucky smart ass, Anubis went on to the best location he could put together that the cat could have gone. The walk took a few minutes, but he soon arrived at a small little pond that was more akin to a park for kids to play. There he found some elderly feeding birds, kids playing tag, and pets running freely under supervision of their owners. His golden eyes scanned the area for any traces of the cat; which had been a fluffy, white, with a single black strip running up its back from head to tail. The description made Anubis think of a skunk with inverted colors, "It probably smells just as bad," he thought as he entered more into the area to search more thoroughly. He walked silently avoiding the kids at play and only when he came to the water's edge of the pond did he find his goal.

Situated on the opposite end of where he entered the area was the cat, sleeping on a rock as if it were sun-bathing. "Finally," he thought as he made his move to scoop up the cat and be done with this menial task. As he slowly neared the cat, it roused from its sleep and immediately spotted the shinobi moving closer to him. It only stared at first, almost as if assessing if Anubis was truly headed to him. Upon taking a few more steps, the cat began to growl lowly before hissing. "Right back at you, you little shit," Anubis retorted as he slowly moved in. The cat had just been about to flee when Anubis made his move and snatched it up by the scruff of its neck. The cat contorted in vain as it tried to claw at Anubis' wrist to get him to let it go, but each time the ninja simply shook the cat until it finally gave up. "Wise move," he said, before taking his leave of the area and headed back to the man who'd lost his pet.

The man was very gracious in the return of his feline friend and vowed to keep a closer on eye on the cat. No sooner had he done so, however, the cat escaped once again and immediately ran in the direction of the pond. "Sorry, I've filled my quota for saving cats," Anubis said, "I'd suggest going to the pond to find it." With the task done, albeit the cat ended up running away again, Anubis headed home to get himself a decent meal. The day had been tedious and nothing would please him more than a good sandwich.