The Boshoku | A New Dawn

The Boshoku | A New Dawn 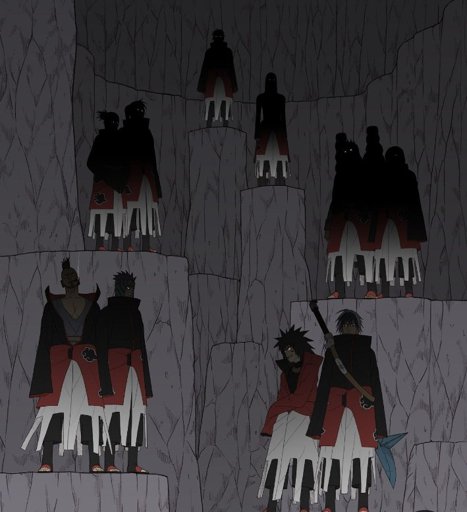 Name: Boshoku; 'Twilight'.
Purpose/Motives:
Expose The Truth: The Shinobi World is one built on lies and deceit, false alliances that mean nothing, accompanied by even faker smiles while we stab each other in the back. The villages are just as corrupt as the world around them, they are just better at hiding it. The Boshoku believe that everyone deserves to know the truth, that falsities only create more problems in the end and tell only half the story. They will expose the truth behind the Kages, the people that follow them, and reveal whatever it is that the villages are so desperate to hide.

More Than Tools: The system created by the shinobi world breeds death and hatred for your fellow man, putting children on the front lines as soon as they finish school if they show even a little bit of promise. The mission matters over all else, the ends justify the means, and many other phrases are beat into the heads of the shinobi. The Boshoku believe that people are so much more than that, they are their hobbies, the things they love and regardless of their skills, should be able to live the life that they want.

Any Means Neccessary: Despite The Boshoku hating the violence and bloodshed that the world of Shinobi have created, they are more than aware they won't be able to change things with simple words. While they have peaceful, non-violent members that insist on trying to do things through more legal channels, this is not the primary way they handle things. They care for the people and the future of Shinobi and if that means burning it to the ground so they can build something from the ashes, the members of this group are more than willing to do that. They are unified by their single cause, understanding that making the harder decision for the greater good is something they will have to constantly do. And while it may make it hard for some of them to sleep at night, with thoughts of a better future in mind, they push forward.