Mission Info:
Name: Supply Delivery
Rank: C-Rank
Participants: Moon Village, Sun Village
Type: Solo Mission
Reward: 20 EXP
Location: Within a village's Region
Details: You have been hired to take basic supplies from the village out into the wild. Several shinobi have been posted up in the region to patrol, and are in need of basic things like food, water and a restock in ninja tools. You must brave the wild with a bag full of these supplies, and deliver them to the outpost located in the region.
Requirements: Your post must be at least 600 words. 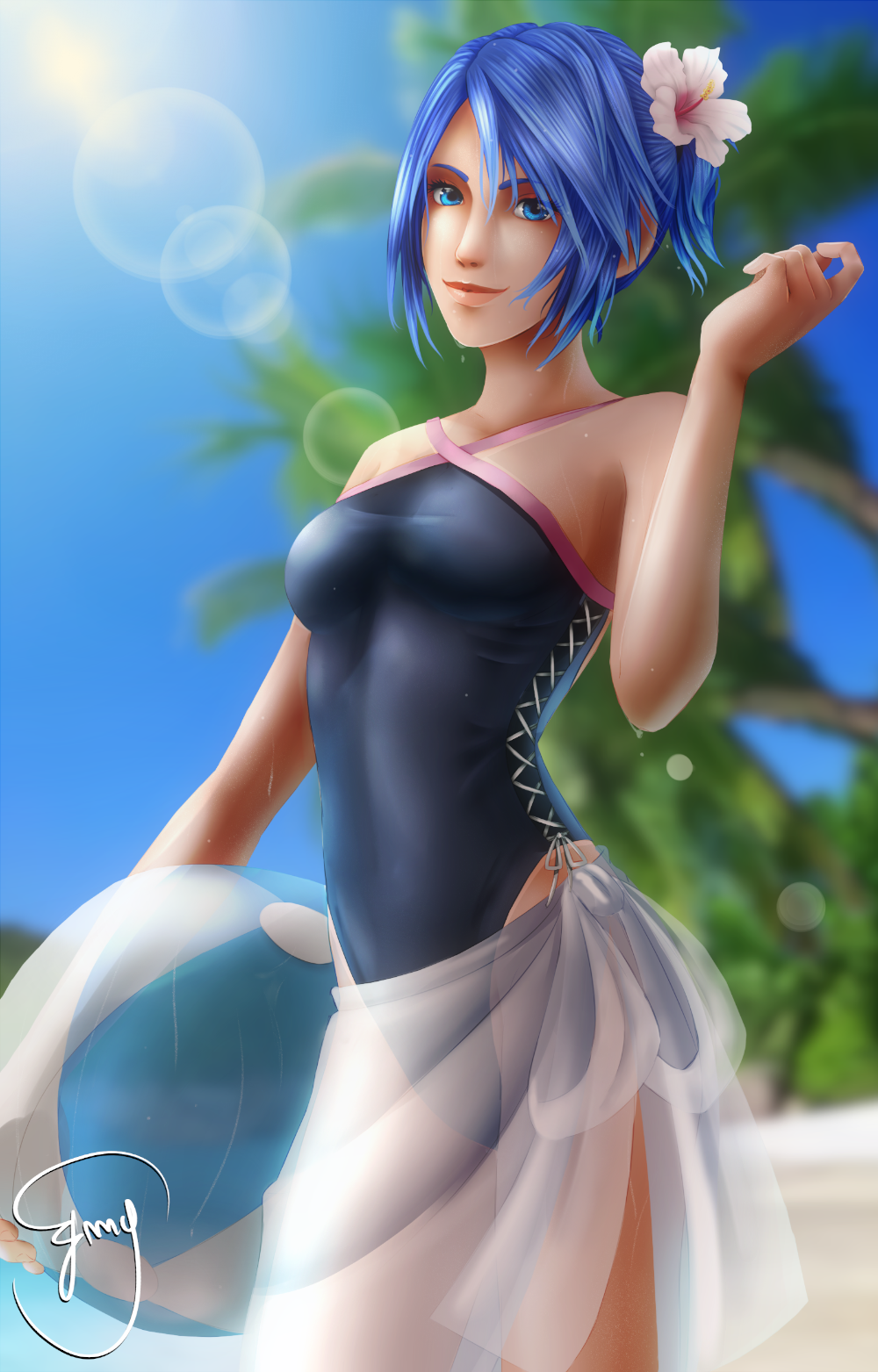 Kannagi Irezumi had chosen this assignment for getting her face out there and trying to become more social. As soon as she arrived, she knew it was a horrible idea. It was no secret that compared even to the beautiful women on set, her striking and alluring features topped them all. Without cosmetics or costume, Kannagi managed to surprise the others on set in the fake rainforest. This delivery mission had apparently insinuated that she herself was the delivery as they were missing a person for their shoot. As she walked barefoot away from the director, who had been showcasing other girls from a poster in his hand, a young blonde had stopped her. The girl had to have been maybe sixteen at best, wearing only a towel around her scantily designed wardrobe. Kannagi was curious as to just what it was she wore, but didn't ask. Kannagi herself was wearing an all white uniform, a simple pair of boots, pants and a low cut blouse.

"You must be Kannagi, the director couldn't stop talking about you. Are you new?" The blonde said clapping twice. Kannagi analyzed her. Just what was it meant to be like to be a model, she wondered. It was an easy mission, fulfilling the role of a missing young woman to help The Lucky Cactus business. She had the face and body for it, but the more time she spent with these people the more she grew distasteful of the advertisement. It was vapid and boring and socializing just for the sake of it was a chore.

"I am new," Kannagi sighed with a single nod, her blue hair floating above her shoulders. The blonde pursed her lips and pointed towards a small tent, "Go on in there, they will be expecting you for make up." Kannagi scratched her cheek confused. It was supposed to be easy right, just sit down, take pictures, and then leave? Seeing her expression the blonde grabbed her by the arm, "Come on, I'll go with you. Name's Ryssa and I will be doing the shoot with you. Stick by me, you'll turn out right." When they got to the tent, Ryssa stopped, flashing her blue eyes at Kannagi, "You really are quite beautiful. Now go!"

Kannagi made a slight face, uncertain about the attention being given to her. It was against her nature to use her body to help get people to gamble away their ryo in the Lucky Cactus, but cultivating economic gain for the village made this a mission she had to complete. The blue haired woman sat aside in the tent until a tall bald man with dark eyes approached her. "Ah, you must be Kannagi!" Did everyone know her name? She frowned slightly and he put his hand on her cheek, "Such beauty. Yes, well let's get you painted. Come on over here." The blue haired woman looked around the tent, seeing a table with coffee upon it, another set of counters and mirrors and comfortable looking low back chairs. Kannagi moved to the chairs and so the day began with an abrupt edge, a mass of confusion and a strange spur of excitement.

Kannagi's hair was curled and heated, then curled again, until it was flowing like a blue waterfall over her shoulders and neck, some strange clips forced against her scalp to give her the look of a long haired lovely. Kannagi was shown a series of designs by someone named Chanelle: three specific outfits that she was to wear when it came down to the photos. There was an urgency in the air, lovely women and handsome men floating about with glitter and handbags and flowing capes. "I am le Monsieur, top artist in this business and I am here to make you shine~ Now stand up!" The kunoichi heard the voice and got to her feet even before she considered disobeying. The bald man worked around her, prompting her to hold up her arms and lift her chin. She detested every second, watching the man to be sure he wasn't doing anything besides using her as a tool for this ridiculous mission at the Lucky Cactus.

As she was measured a pair of red haired twins seemed to materialize from behind her, pulling off her white clothing. Kannagi didn't blush, having no problem with anyone seeing her body, but they at least let her keep her undergarments on. It would have been demeaning except that nobody was actually looking at her or judging her based on her appearance. The first outfit they stuck her in was a tight elegant dress, purple in color with black lace lining the sharp and asymmetric neckline. She had never worn anything like it. Kannagi sweat as she tugged herself into two other strange and tight garments. The outfits were drole, not as amazing as the photo director made them out to be. For the last photos, Kannagi was stripped back to her undergarments. The twins came around to paint her with turquoise and yellow designs, something like the wings of a macaw from the rain forest. She was made to stand like that with only bright yellow spike heels on. She bit on her lip nervously until she felt the tap on her arm.

"Hey, don't worry, they are painting me too!" The blonde said from her side. Kannagi turned her head and chuckled, "I didn't expect this amount of haste and control from these people." The blonde nodded, "My name is Maka and I've been here for a year now. I still don't get all the fuss."

The two women were expected to pose with the elegant shoes, bending in elaborate forms, and Kannagi had to admit that it was tiring work despite her shinobi training. By the end of it, Maka had hugged her and they reviewed the photos. The kunoichi let out a little gasp of surprise, having hated the work largely, but the pictures showing no sign of her being an amateur. Instead, she looked like an eco-goddess in the forest and a tree-borne nymph with the golden haired teen. The sharp yellow stilettos, the colors painted over her skin, all brought attention to the shoes and yet captivated a certain exotic feel to the females posing.  In each photo, words were stamped in large block letters: The Lucky Cactus invites YOU. Kannagi was brought out of her shocked state when Maka hugged her again, "Too bad they don't let us keep the shoes, huh?"