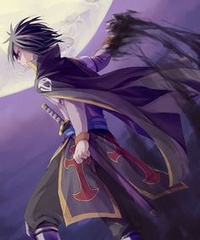 Name: Hunt Missing Children
Rank: C-Rank
Participants: Sun Village
Type: Plot Mission (leads to future plot event)
Reward:
Solo: 20 EXP
Group: 25 EXP, 20 Ryo
Location: Sun Village
Details: For the past few months, in the Sun Village, young children having been going missing. It started with just a few here and there, but now it is becoming a real epidemic. The village has been put on high alert regarding these missing reports. You have been tasked with scouring the village for any clues or signs of these missing kids. Find tracks, clues, follow rumors, do what ever you can to get a lead on where these kids might be. (You can not find a missing child, just clues to one.)
Requirements: Solo must make a 600 word post.
Group- Each person must post at least twice, with a 1000 word count total.

Todays missions was one that hit home for Shikazze, as bad things had been starting to happen all around the land of Sun, especially the village of Nikkousato, as recently small children had started getting abducted all around the village, and though at first it was not a major concern to the village. As only a child here or their was missing and it was not common for the younger children of the village of Nikkousato to get a little to big for their britches and venture out into the dessert un supervised which sometimes just resulted in a tragic life lesson for the child and a small scare for the village. But these disappearances were not of that case and it was seeming that the more the weeks went by the more kids the villages were seeming to see vanish without a trace. And it was starting to hit closer and closer to home as even children of some of the upper clans in the village of Nikkousato were starting to disappear. As even a fellow Nara child had managed to go missing in all of this, and that had put all the Nara family on high alert. As even Shikazze’s mom was eager for him to take this mission as she also wanted answers as to what was going on in the land of the sun.

Walking through the village Shikazze could only think of the minor things of the story that he had been informed of, and mainly that the last spot of the missing Nara child was near burrows as he had been seen around their by a of the other members of the clan, though they had no idea as to what he was up to over there. But at least it would be a lead for Shikazze as he needed somewhere to start looking for clues and hints as to what could of happened to his clan member. As hopefully like many In the village suspected, that all of these kidnappings would be connected, and finding clues about one could ultimately help in the finding of all of the missing children, as Shikazze and many of the other ninja out searching hoped that they would be able to find them all before it was to late. Which lead to Shikazze putting a pep in his step as he headed for the burrows, knowing that every little second was important, not only to him, but all of the missing children.

Reaching the burrows, Shikazze would be slightly lost at first considering the fact he never really spent much time in the burrows, as the majority of the Nara clan all stayed in the clans compound, and Shikazze didn’t spend to much time with a lot of other ninja inside of the village as he didn’t have to many friends, especially ones in the burrows. Which would slightly make getting information a little harder, as he was sure many of the residents could easily tell he was not from around this part of the village, though his village headband would easily be noticeable on his right arm about half way up his shoulder, for all to see. Though the first few people that Shikazze managed to ask for information would shrug him off, the young Nara would soon start to get a few answers from a view people that noted him being a ninja of the village.

The information that Shikazze would seem to receive would be that the young Nara would not been seen wandering the burrows, alone, ash he was spotted with two other people one of whom was a Uchiha most likely due to their red eyes. Though this would be slightly helpful it would not be of complete help to Shikazze, as he was still blank to who the third person was spotted with the young Nara, as well as the fact that the red eyes did not one hundred percent mean that the second person was a Uchiha, plus the fact hat the Uchiha was a notable clan here in the land of sun just like the Nara clan. Meaning that they also had numerous members throughout the village as well, and Shikazze was more then sure they were possibly also missing members of their clan just as the Nara’s so this case could also be a two for one special in Kazze’s eyes. Though lucky enough Kazze would gather at least some decent information before returning back to report what he discovered out on his mission.