Mansion in the Woods... (Solo Mission)

Mansion in the Woods... (Solo Mission)

Mission Details:
Name: Eliminate the Target
Rank: B-Rank
Participants: Moon Village, Sun Village, Missing Ninja
Type: Solo
Reward: 40 EXP
Location: Outside of a village
Details: This is what separates the basic every day ninja from your high profile shinobi, the assassination mission. This mission is asking you to eliminate a low level target, often a petty criminal, someone who has escaped prison who someone who could later disrupt the village. They are often not shinobi, but are of considerable power. This mission is simple, find and take out the target with as little repercussion as possible.
Requirements: Your post must be at least 900 words. 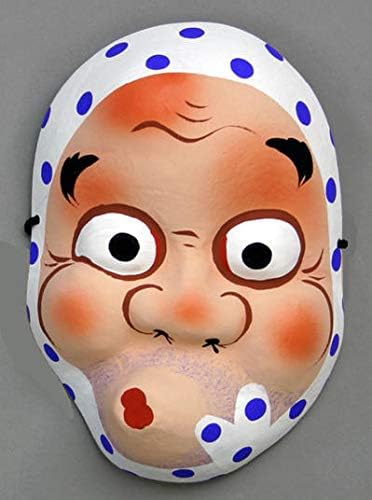 It had only been a few days since Sojiro had pretended to be an old man who needed help, having his cart topple over onto him and acting like he was near death. The people who had been in charge of making sure they delivered their package where it needed to go, made the terrible mistake of also having a moral compass. The group of men had been dispatched by Sojiro in almost no time, where he would find the package they were carry and keep it for himself. Since coming in contact with this package, Sojiro has been working to slowly crack the cipher that kept the information hidden. It had taken a bit of time before he was sure that he'd gotten it but, he had to make sure. So, on the previous night, he had set out into the night while disguised to see if the coordinates were correct... And they had been. This meant that Sojiro could start working his way down the list in front of him, which had made him a bit excited. Something about how this was going down felt like a hunt, though only one party knew they were partaking... Then again, that was usually how the hunt worked, wasn't it?

Earlier in the day, Sojiro had decrypted the next set of information on the list, this one is a set of coordinates but also with a name and some details. It seemed that this person was in charge of helping push drugs, coordinating where they would go, and using his manor in the forest to hold some of them before it was time to move them. So knowing the location of this next base, the excitement was bubbling up inside of him but he made to make sure that he was playing this smart, still. So during the day, Sojiro had traveled to about an hour's walks from where the coordinates would lead him, spending the day up in the trees so that he didn't accidentally get spotted. When night rolled around, Sojiro slipped into his newest attire and would soon hide all of his features, so that no one could tie the destruction back to him.

Sojiro Sakura had adopted a normal attire of completely black gi, giving the man the impression of an actual assassin. He still didn't wear sandals or shoes, but there were the traditional black leggings of a ninja there instead. Although it didn't seem like he had his usual shinobi pouch on him, it was hidden on the back of his waist with a black pouch that was meant to decrease the overall bulkiness of the pouch. The only visible weapon that Sojiro had was a blade on his back, a weapon by the name of the Kusanagi, that he had done his best to keep hidden in his day to day. The only other distinguishing feature that Sojiro had was a mask on his face that resembled a man who was poorly whistling, stubble around his mouth and giving him a less serious look. Or... More serious? There was something offputting about the mask during the night time and being worn by a silent attack who moved in the night.

The man moved easily in the cover of the night, his outfit blending together perfectly into the darkness and allowing him to move to the manner with ease. The manor was a decent enough size for something hidden in the forest, consisting of two floors and about a dozen or so men. Sojiro wasn't really sure of who the man in charge was when it came to looks but he knew that the person could be found on the second story. Why was he so sure? Hotshots like this always relaxed in the most luxious places in their homes. If Sojiro was wrong about where the man was located, he would eat his own foot, but he highly doubted that he was wrong.

The security of the location wasn't too heavily put together, there were a few men that lingered by the front doors so that no one could simply barge their way in. Of course, something told Sojiro that these men hadn't been expecting a shinobi to attack, seeing most of them were just sellswords. They weren't particularly great at their job, seeing as Sojiro was able to cross onto the rooftop of the manor and slip down the side of it, pushing back towards the front of the building. Between the four men that were standing guard, partaking in casual small talk, none of them really worried Sojiro in terms of appearance. He watched for about a minute before he finally moved, dashing forward with great speed and drawing his blade. The sword easily found itself driving out on side of the man, Sojiro tugging the weapon to the side and it'd easily move through his ribs and into the chest of the other man. The second man would find himself cleaved in two.

Sojiro would then flick his wrist and toss the blade, embedding it right into the third man's forehead and causing his body to hit the ground with a thud. Before the fourth could even finish drawing his blade with shakey hands, Sojiro would have drawn his fist back with ease and summoned chakra to it. The fourth man would find his chest caved in from the blow and sent through the front doors of the building, tumbling into the main hall and leaking blood behind him. As Sojiro casually went to get his blade, by the time he had stepped into the manor, men were coming down the stairs and out of the surrounding rooms...

What happened next could be considered nothing short of a massacre. In less than five minutes the manor would be silent, not a single soul left alive inside. Sojiro had found a man relaxing with some people on the second floor and assumed one of them were the target in question. But, seeing as he wasn't sure, he would have ended everyone in the building to be sure. One more operation shutdown.
WC: 1,019