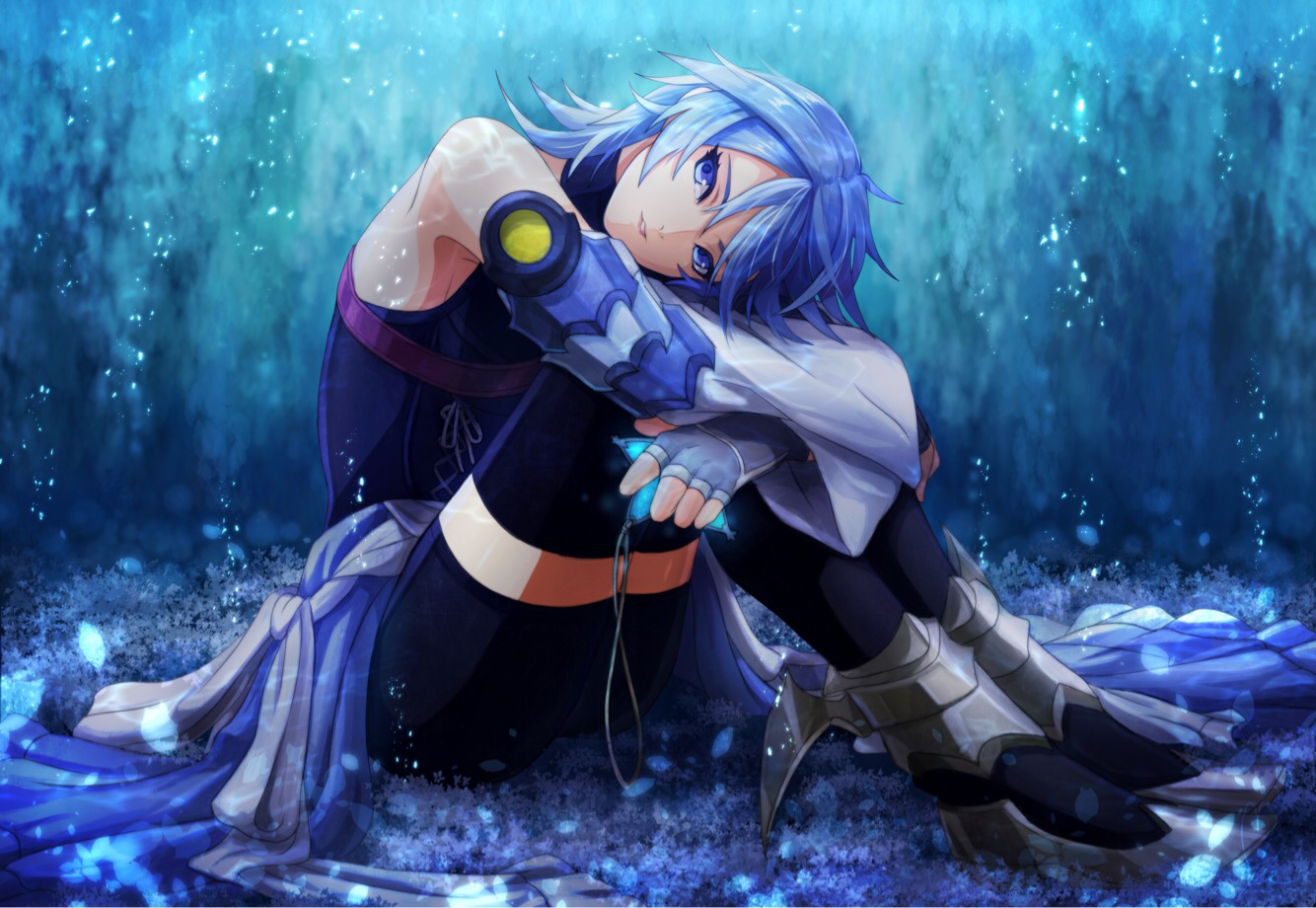 Origin: Kannagi was born in the shadow of the mountains between the Dry Land and the Sun Scorched Desert. Eventually Kannagi made the move to Nikkousato for training at the age of 15. She tested out of the Academy given her skill with self taught ninjutsu and became a genin early in her arrival.
Village: Nikkousato, Sun VIllage

Appearance: Kannagi is a fairly tall young woman with an athletic build. She has both bright blue eyes and hair. Her hair is styled short, rarely longer than jaw length and never pinned back for anything less than a formal event. She tends to wear earthy colors, black and white. Kannagi prefers sturdy, strappy sandals or boots for travel and missions. Her most consistent outfits are sleeveless and tight, with a loose shawl or coat tied around her waist for the changing weather or temperature of living in the desert and scrubland. Her rustic style life in childhood taught her that showing off wealth with jewelry was an invitation that you would be willing to share that wealth. WIthout a source of money and her detachment from family, Kannagi does not wear any jewelry. Kannagi's voice is confident and she speaks her mind usually without hesitation, the sound like that of a young school teacher instead of a genin still learning. 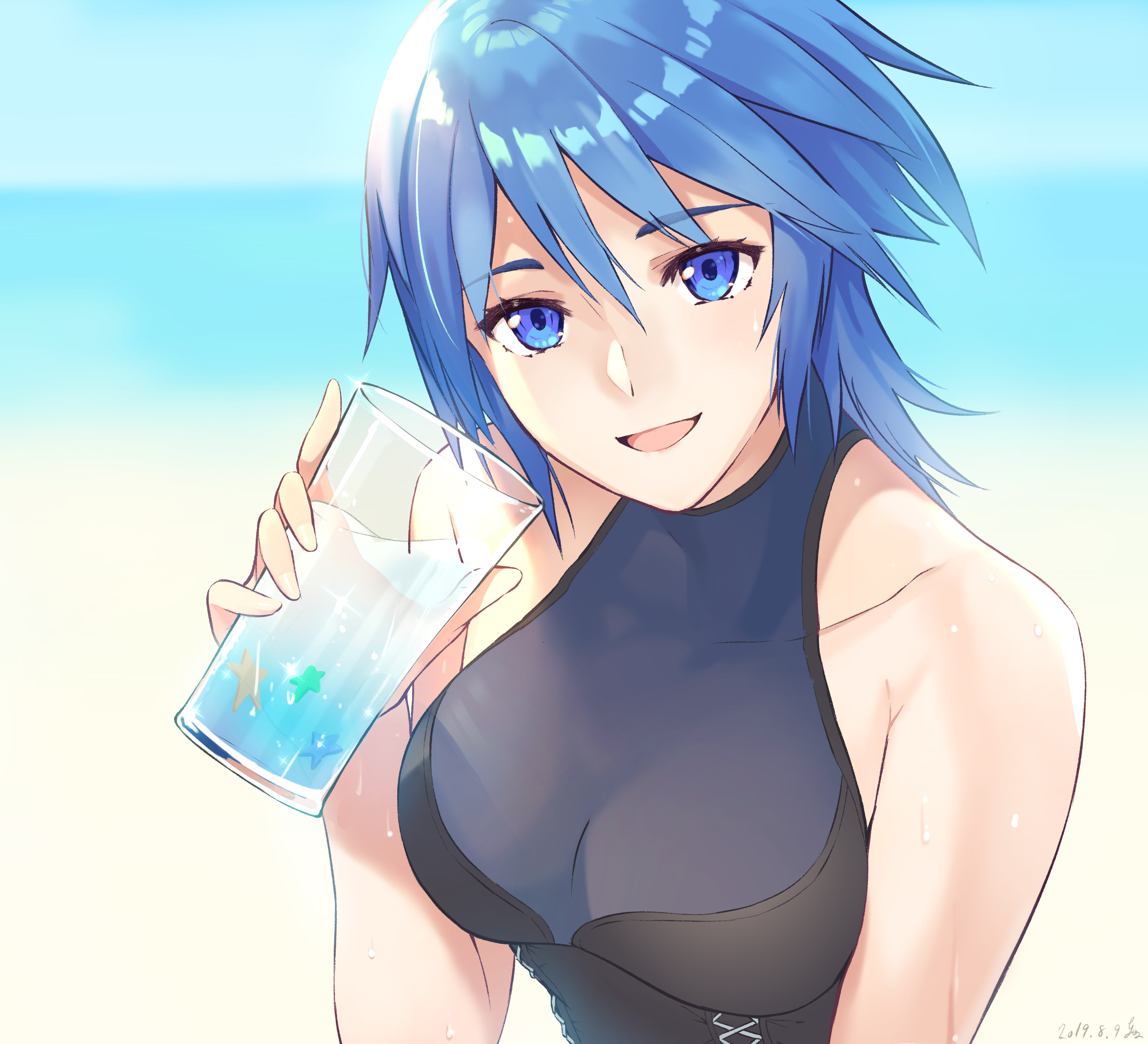 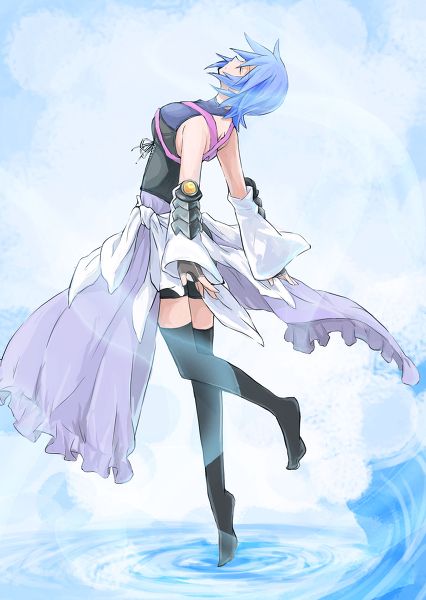 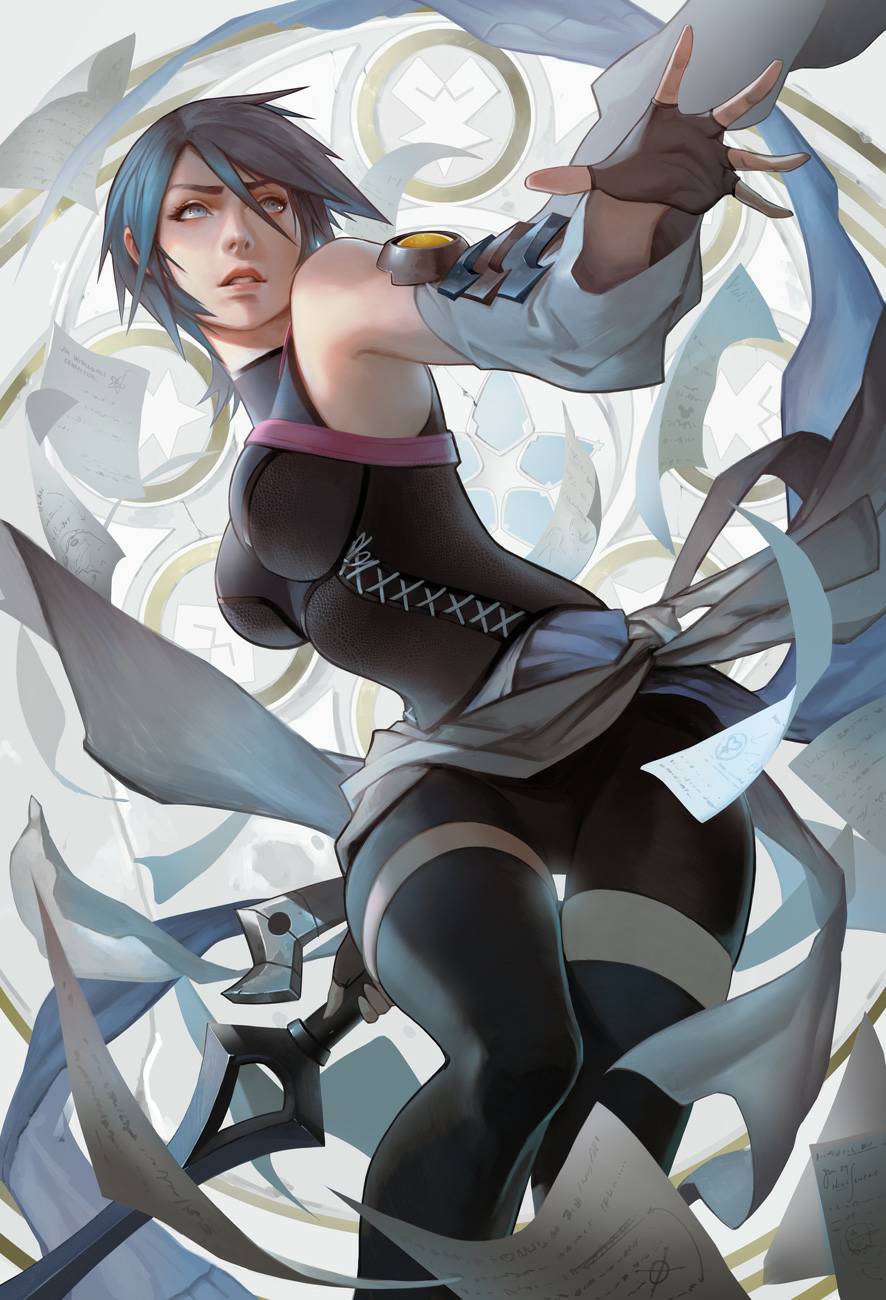 Personality: Kannagi's fighting style has a preference for long or medium range moves. She enjoys subtle and quiet missions and tries to plan her moves ahead of actually doing them. She relies most on her natural athleticism and grace as well as her jutsu for combat. Kannagi doesn't much care for up close and personal fighting, taijutsu or swordplay, believing it to be unnecessarily risky. While on a mission with others, she can become a natural leader or a follower. If she doesn't like the plan, she might try to complete objectives on her own and there are plenty genin who hesitate in trusting her being on their teams because it is clear to some that Kannagi treats teammates more like pawns. She doesn't try to put them in harm's way, but she doesn't necessarily avoid it either.

Kannagi follows many of the creeds of the family she grew up in making her a generous and loyal person. She tends to hold others at a distance, not making any close friends so far. She doesn't want to be distracted from her goal of becoming an impossibly perfect shinobi and her beliefs tending to be odd enough that others haven't much tried to get close to her. Kannagi isn't very lonely, though she misses her family greatly, enjoying the quiet freedoms within meditation and literature. She likes to drink tea and write poetry, though because of her young age her pen name Cirilla is earning all of the actual popularity within the genre. Kannagi spends her time training, going on missions, and caring for her horse otherwise. She is good at respecting the shinobi above her but thrives on becoming even better. Her mischievous and rebellious behavior has also earned her a reputation at Nikkousato for completing missions successfully but breaking conditions or rules given.

History: Kannagi was born to Amida and Yuji of the nomadic Irezumi Family. The family is a traditional patriarchal clan where 90% of the clan members with the clan ability to use the Kami paper technique are males. Kannagi was a girl who tried to find her place in her clan. She loved the beliefs and traditions and she loved her family. The trouble was that she was born with the ability to use the Kami paper technique. Kannagi enjoyed learning the common female duties like cooking, medical treatments, and tending to the horses. She just also wanted to be with the boys, practicing her jutsu, and learning to hunt and fight. Kannagi was often caught, always in trouble for sneaking into lessons. In her free time she learned to practice her ninjutsu, learning basic control and jutsu on her own. She also learned how to ride a horse in secrecy. By the time she was 15, Kannagi had a reputation in the family for being a rebel and a troublemaker. While her personal family was only around 20 people in size, the larger family was nearly 300. Kannagi embarrassed her family by breaking tradition in public during the yearly Irezumi Clan reunion, first showing up late and riding a horse, second by proclaiming that she had saved a group of the younger men while hunting, and lastly by revealing in her anger a powerful paper jutsu.

Instead of proving herself worthy of the men, she was given an ultimatum; either fall in line and perform the routine and role of a woman or leave the family. In order to protect their order, their survival, the clan's traditions and save face, Kannagi was asked to make a vow of obedience to the Irezumi code. Instead, Kannagi left her family heartbroken and headed for Nikkousato to become a shinobi. Educated and powerful enough with her jutsu, she tested straight into the genin title. Being disowned by her family to be true to her own self was the hardest thing she has ever had to do. Treated as a foreigner and a stranger, she is no longer recognized by her own father and mother. Her personal goal is to become a shinobi and become impossibly strong and impossibly perfect. Kannagi's hopes are that such a motivation might distract her from her own personal pain, and her deepest desire is to be able to return to her family without giving up her sense of identity.

You can now work on your character sheet and claim your starting gear!
Current date/time is Wed May 12, 2021 11:46 am